Secrets To Make A Marriage Last From Relationship Expert Bree! 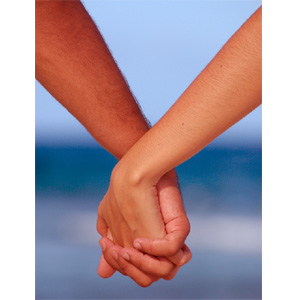 I recently met a very happily married couple of twenty-seven years and asked them what they thought the secret was to their successful marriage. In unison they replied “commitment.”  They shared with me that in their particular faith divorce is not an option and because of that they never considered it as a possibility. They went on to share that they have had issues along the way but knew it was far more important to work through them as they were not leaving the relationship.

As I watched how this couple interacted I saw additional elements that definitely make a marriage work.

To begin, they had great respect for another and communicated very well. When one spoke the other listened intently and responded with thoughtfulness and care. They gave one another good eye contact, used humor, and supportive uplifting words with one another.

Another aspect they possess is what I like to call a “team-centered” approach to their marriage. They treated one another like partners both working toward the same goal. They loved and supported one another and spoke in “we” language.

Finally, they had shared values, morals, faith, and interests outside their children. They both enjoyed doing the same things and made a point of having fun together. They had a shared vision of what the rest of their married life will be like which included mutually specific travel spots around the world.

As we said our goodbyes, I told them they were so inspiring that I was going to write about their marriage and share relationship help tips to other couples. Smiles from ear to ear ran across their faces as they beamed with joy!